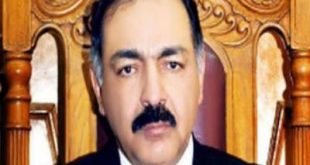 QUETTA:     Speaker Balochistan Assembly Abdul Quddus Bizenjo has announced to deseat incumbent Chief Minister Jam Kamal with an in-house change in the province.
Talking to a private TV channel, Abdul Quddus Bizenjo, who also remained chief minister of Balochistan, said that Jam Kamal has failed (to run the province). He vowed to bring an in-house change in the provincial government.
Bizenjo, who is also a member of ruling Balochistan Awami Party (BAP), said that the party could not be put on stake for the sake of the chief minister.
“The Chief Minister’s Secretariat has been converted into a bunker. The party could not be damaged for an individual,” Speaker said. Liaquat Shahwani, a spokesman of Balochistan government, in a statement, has termed Abdul Quddus Bizenjo’s viewpoint his “personal desire”.
“It is wishful thinking and nothing on cards to bring a no-trust motion (against the chief minister)”, Shahwani said. “Only a doctor could answer about his disease,” the spokesman said sarcastically.
Hasil Bizenjo had also expressed his views about the performance of chief minister loudly earlier and claimed that the party MPAs have lost their trust in CM Jam Kamal.
The BAP was formed in 2018 a few months before the general elections and won maximum seats in Balochistan Assembly. Jam Kamal was elected as the chief minister of the province with the support from other political parties. 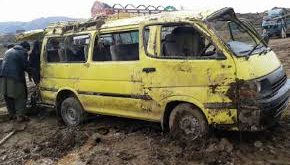