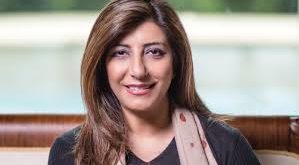 NEW YORK:      Pakistan’s Ambassador to the U.N., Munir Akram, has said the flagship, multibillion dollar China-Pakistan Economic Corridor (CPEC) project is an `outstanding example’ of South-South cooperation, which is aimed at achievement of shared economic and development goals.
The Pakistani envoy was speaking at the at the annual ceremony for handover of the rotating Chairmanship of the G-77, the biggest UN bloc of developing countries along with China, at which Guyana assumed the leadership of the 134-member coalition. The State of Palestine was its previous chairman.
The developing countries, he said, must strengthen south-south cooperation to open new avenues and present the world an alternate development model based on inclusivity, self-respect, common endeavor, and economic independence.
“The China-Pakistan Economic Corridor is an outstanding example of south-south cooperation whose benefits are not restricted to participating countries alone, but will include the region and beyond,” Ambassador Akram said at the solemn ceremony.
Referring to the unprecedented challenges facing the world, he spoke of the alarming erosion of multilateralism and international cooperation; withdrawals from international agreements and disregard for international legal norms.
“The unilateral use of force and foreign intervention have become more frequent,” the Pakistani envoy said, adding, “The right of self-determination of peoples under foreign occupation is brutally denied.”

Share
Previous Court reserves ruling on Sanaullah’s plea for release of footages in drug case
Next US should withdraw troops from Afghanistan responsibly, avoid past mistakes: FM Qureshi

ISLAMABAD:    Pakistan has welcomed condemnation by Iran of persecution of Muslims at the hands …