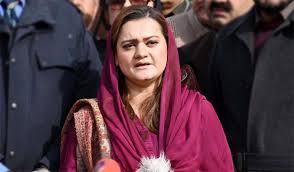 “terming media a mafia by incompetent and selected PM is humiliating and condemnable. Imran Sahb the mafia involved in money laundering through foreign funding is calling others as mafia. He should feel ashamed over it”, she said this in a statement here Friday.

Those who have stolen election are terming media a mafia, she remarked.

My spouse tells me the best way to resolve the problems whatever crop up in the government: Imran Khan

Complete strike/shutdown against India in IIOJK on the call of Mirwaiz...

Resentment against Inordinate Delay in Completion of Mirpur-Islamgarh bridge Over Mangla...