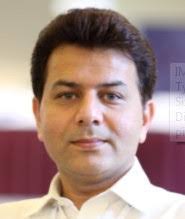 Rawalpindi:    (Parliament Times)   Chairman Tehreek-e-Jawanan Pakistan and Kashmir (TJP) Mohammad Abdullah Gul attended founder Mohammad Ali Jinnah 143rd birth anniversary at central secretariat Rawalpindi. Activists from all over the district also attended the ceremony. Addressing the ceremony, Mohammad Abdullah Gul said that we can take the path of development of our country with faith, discipline and selfless dedication. He said that Narendra Modi has passed citizenship bill against Muslims and has proved the truth of our great leader Muhammad Ali Jinnah’s two-nation doctrine, and Muslims inside India are compelled to accept this view today. Mohammad Abdullah Gul called on the Christian community at their religious festival Christmas Greetings. In a special message, he said that Jesus has given love and peace to humanity. He said all minority communities living in Pakistan have the same religious freedom as the Muslims. He appealed to the Christian community to pray specially for the country’s ‘security in their worship on Christmas Eve.

Parliament Times - October 25, 2020 0
Mohammed Khaku For over nine months all Abrahamic faiths, including Muslims, have had to do away with some of their most valued traditions and rituals....

We cannot sit with butcher India at the negotiating table: AJK...