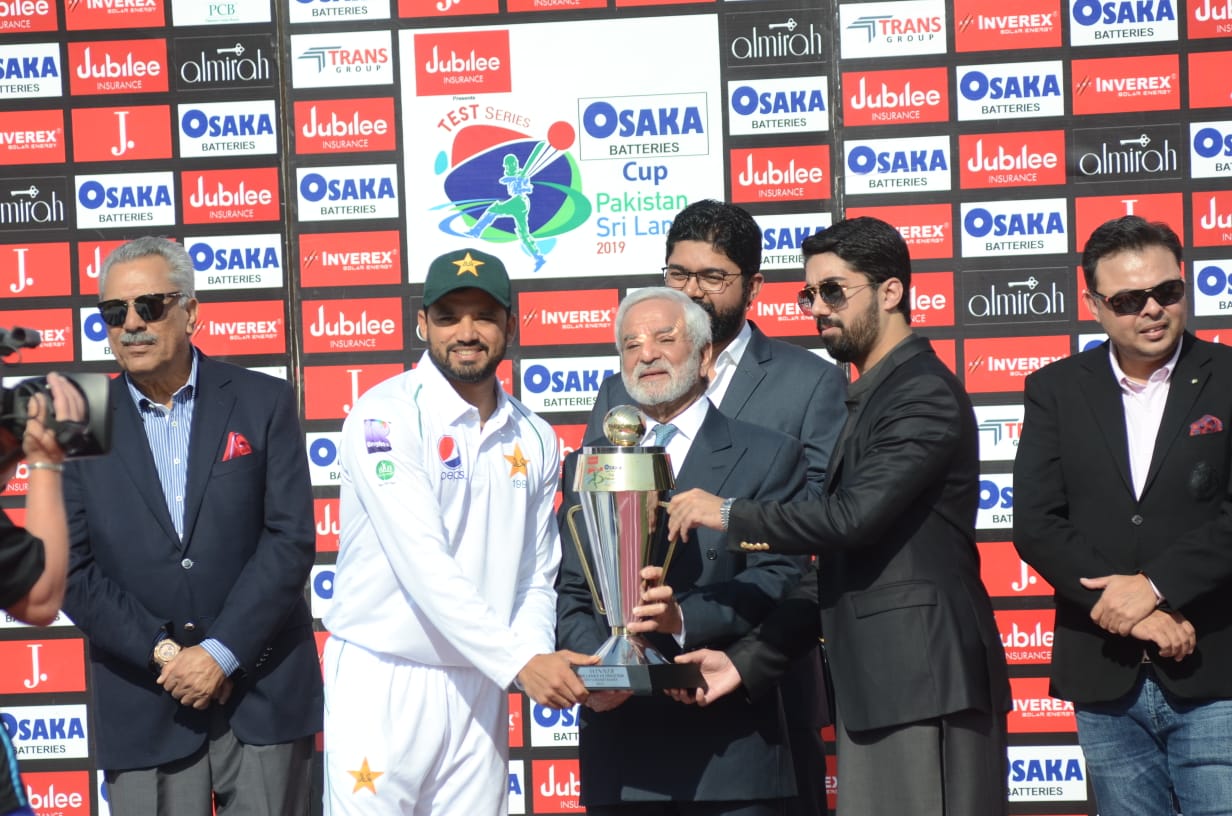 Karachi:  (Parliament Times)      Osaka Batteries has dedicatedly contributed for the return of cricket in Pakistan by being the main sponsor of the Pakistan – Sri Lanka Test Cricket Series. This test cricket cup is the result of the positive role played by Osaka Batteries. Pakistan has defeated Sri Lanka by 263 runs and won the Osaka Batteries Test Series Cup by 1-0. On the occasion, Mustafa Bin Talha, Director Osaka Batteries and Hammad Rasool, National Sales Manager were also present. Appreciating our national team’s performance, Mustafa Bin Talha said, “After 10 years the test cricket has returned to the country and once again the stadiums have been adorned and the crowds have cheered in the stands. We will try to keep the momentum going and sponsor more matches in the future.”