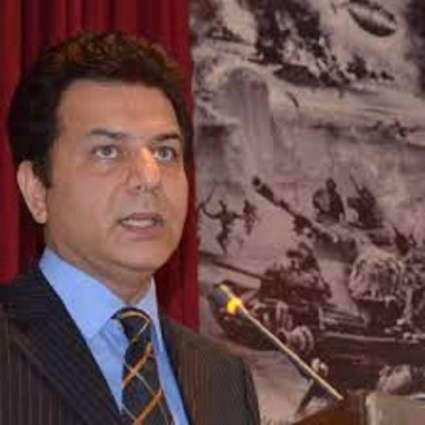 Rawalpindi:   (Parliament Times)     Chairman Tehreek-e-Jawanan Pakistan and Kashmir (TJP) Mohammad Abdullah Gul strongly condemned the brutal bombing of Israel on Gaza. According to details, the head of the jihadist organization, including children, was martyred by the Israeli army on Tuesday. Thereafter, Israeli rockets and airstrikes on Gaza continued, causing 32 Palestinians to be martyred and hundreds injured. It is a shame for Muslim countries that we do not condemn Israeli attacks even on the government lines. He said Israel has blocked the Gaza, which has caused Palestinians that the UNO has become a non-Muslim Organization (NMO ) which will not take any action against the oppression of Palestinians as it has done in the past. He said that the OIC should take immediate action against this brutal cruelty of Israel by calling an urgent meeting to prevent Israeli oppression.

Jammu Kashmir people to observe 89th Kashmir Martyrs Day on July 13 with due solemnity and reverence.

Javed Iqbal - July 11, 2020 0
MUZAFFARABAD, (Parliament Times): The President of Azad Jammu and Kashmir (AJK), Sardar Masood Khan has said neither India would come to the table for...