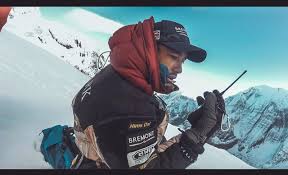 KATHMANDU:      A mountaineer from Nepal has smashed the record for reaching the world’s 14 highest peaks, according to a post on his social media account on Tuesday.
Mr Nirmal Purja completed the climb of the 14 mountains, all over 8,000m (26,246 ft), in seven months, the post said.
The previous record was seven years, 11 months and 14 days.
“MISSION ACHIEVED! says @nimsdai from the summit of #Shishapangma,” read the post on Mr Purja’s social media account, referring to Shisha Pangma – the final peak in his record-smashing climb.
His post said he was accompanied by at least three other climbers.
According to the Nepali Times, Nirmal Purja was also the person who took the viral photo of the “traffic jam” on Mt Everest. Some of the media companies reportedly used his photo without credit.

Iran’s Javad Zarif warns against US ‘sabotage’ and sanctions