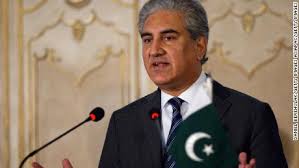 He said this while talking about Prime Minister (PM) Imran Khan visit to China. He held ties between Pakistan and China are of such nature that both countries take each other into confidence on every turn.

He pointed out that Pakistan and China moved forward under joint strategy on August 16. Joint strategy was adopted in Human Rights Council meeting at Geneva.

He remarked CPEC and trade and economic cooperation related matters came under discussion with Chinese leadership.

He stated Chinese president Xi Jinping was proceeding to India on a short visit and it was imperative to meet him before his departure to India.

A set of important issues including CPEC, Kashmir issue and regional security situation were discussed with Chinese leadership during PM Imran Khan visit to China, he added.

Javed Iqbal - August 9, 2020 0
ISLAMABAD,(Parliament Times):In line with vision of Prime Minister of Pakistan Mr. Imran Khan and as per instructions of Federal Minister for Communications and Postal...