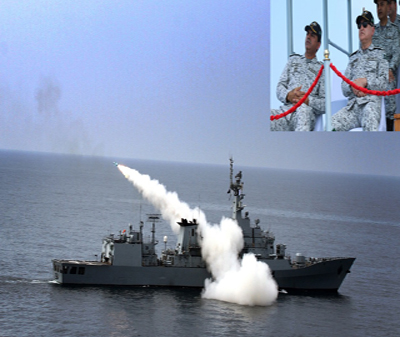 Chief of the Naval Staff, Admiral Zafar Mahmood Abbasi witnessed the missiles
firings and expressed his utmost satisfaction on the operational readiness of Pakistan
Navy. He also reaffirmed the resolve that Pakistan Navy is ready to defend its sea
frontiers and would give a befitting response to any misadventure by the adversary.