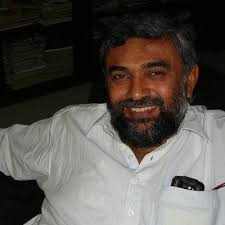 Karachi: Nepotism is at its zenith in so-called Naya Pakistan, and PTI government in the larger interest of nation and country should stop this malpractice and political bribery and ensure postings on pure merit on all important slots, said Pasban Democratic Party (PDP) Chairman Altaf Shakoor here Thursday.

Taking notice of alleged nepotism in the posting process of managing director Pakistan State Oil (PSO), he demanded to post a suitable and able person on pure merit, as nepotism in postings on key slots is nothing but another form of corruption and bribery. He regretted that the PTI government also like the previous regimes is posting their blue eyed boys on the key slots, blatantly violating merit and rule of law. He said this nepotism and biasness is further eroding remaining shaky confidence of people in this government, which has already opened floodgates of price hike and joblessness due to its slavish economic policies, hitting poor masses hard.

Altaf Shakoor said it is a matter of grave concern that the board of directors of PSO has sent names of four persons for the lucrative slot of MD PSO without upholding the rule of merit. He said this short listing of blue eyed boys is the worst form of nepotism and political corruption. He said tycoon Abdul Razaq Dawood is advisor of the federal government and his company has reportedly financial interests in LNG terminal. He said former MD of PSO Imranul Haq is under arrest and the National Accountability Bureau (NAB) has been probing against him in notorious LNG fraud. He said there are reports that another family member of Dawood was included in the board that conducted interviews for the slot of MD PSO and shortlisted the names of blue eyed boys and sent them to the prime Minister. He said such shameful nepotism is also expected in the posting of managing director of Sui Southern Gas Company (SSGC).

He said on one hand Prime Minister Imran Khan is claiming upholding rule of merit while his advisors and lackeys are violating merit openly and plainly. He said clash of interests of some advisors, ministers and other important people involved directly and indirectly in economic policymaking is not only giving a bad name to the PTI regime, but also harming the core national economic interests for benefit of a few vested interests.

He demanded of the higher authorities to take a very serious notice of this corruption, nepotism and violation of merit and ensure that all postings on key slots are purely on ability and merit and in the larger interest of nation and country.

Security beefed up in AJK ahead of Jashan e Eid Milad-un-Nabi...