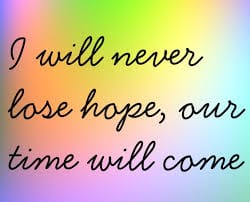 It was a sad evening with pain and sorrow ,O My God an
instent reaction after getting call of my friend from Karachi.
How they can be so cruel with a teenage boy? No one
was there to stop them? After got the news of Quetta blast
,this made me distressing. when you are out from your
country ,you become more touchy about your home land.
‘we have become so bloody desensitized , making videos
and recording them calmly while someone is beaten to
death’. Bilal was saying .
With every passing day, humans are serving as the most
dangerous creatures on this planet. Every day, a
merciless precious life loses its soul on something pitty
and the culprits are not even questioned. The victim
always awaits justice while the culprits roam free.
Mistrust on police or power of money can make human
like buther finger can be pointed with countless questions
on Poor who is already fighting for survival in the modern
world of Curality, I was in deep emotions.

Rehan 17 years old was killed after being tortured over
accusation of stealing from a bungalow near kokan
Ground in Bahadurabad, Karachi.Video is viral on social

media which showed Rehan unable to move,his pant is
forcefully taken off and owner with others questioned him.
In this 21st century ,the era of globalization and
digitalization ,nothing could be hidden. His video is viral
now on social media and #justice for rehan is the top trend
but how could it be possible to give justice to him after his
death? The Clips as how he was killed on the internet
showed Rehan unable to move, with his pants forcefully
taken off, as the owners and others questioned him.
Unfortunately it is not the first incident .
My mind was recalling the memory when a mob killing
incident have happened in Pakistan. two brothers
Mughees and Muneeb were lynched in a similar manner in
suspicion of stealing in Sialkot.
In August 2010, dozens of people clubbed to death Hafiz
Mohammad Mughees Sajjad, 18, and Mohammad
Muneeb Sajjad, 15, in the presence of eight policemen
and also allegedly of former district police chief Waqar
Chauhan. The bodies were later hung upside down at a
chowk.
The incident sparked shock and horror across the country
as cell phone footage of the terrible murders was
uploaded to video-sharing sites and caused a viral stir.
“I am thankful to God that we got justice finally. It’s been a
long and painful journey but now I am satisfied that I can

face my nephews on Judgment Day,” Zarrar Butt, the
boys’ uncle express his trust and expression after hearing
the Death plenty of seven people who were involved in
their murder.
My eyes were full of tears and my heart was mourning, I
am still incredulous how can humans do this brutality. He
was working as butcher during Eid ul Azha and he was out
to collect money for his work but never return back, his
Father was crying while telling this to media. my son was
not a thief, trust me he wasn’t, he was saying with deep
grief.
Rehan had wore a T-shirt saying “Apna Time Ayega” (our
time will come)but he left the cruel world before he could
witness that. He left his old father who have many dreams
related to his future.