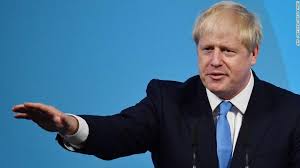 LONDON:      British Prime Minister Boris Johnson on Tuesday said that India and Pakistan must resolve the Kashmir issue between themselves.
British Prime Minister Boris Johnson told his Indian counterpart Narendra Modi in a phone call.
Spokeswoman for his Downing Street office said that PM Johnson made clear that the UK views the issue of Kashmir as one for India and Pakistan to resolve bilaterally.
“He underlined the importance of resolving issues through dialogue,” the spokesperson added.

Sehrari dies due to negligence of Indian administration: Ali Raza