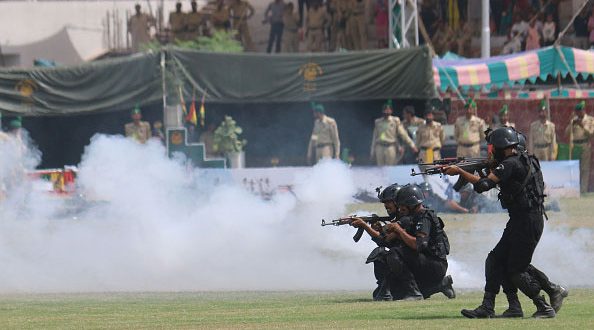 Kashmir siege: The masks that fell off

August 11, 2019 Opinion Comments Off on Kashmir siege: The masks that fell off

Zakat’ can be really helpful

Masuood Maqsood,
With India revoking the special status of the disputed Jammu and Kashmir state, the
facade of having some democratic spaces in the valley has been rendered irrelevant
like never before. This is not the first time that Kashmiris are witnessing an
overwhelmingly stark state-sponsored intimidation of a civilian population. We have
seen the worst. The complete communications blackout is not something new to the
inhabitants of the valley. But this time indeed it is the harshest clampdown on basic
liberties in Kashmir. What differs this fresh siege from the past is the fact that this time
it has torn apart various masks across the border. In Kashmir, the so called mainstream
has found itself on cross roads since its role in the valley has come to a question mark.
Though the mainstream was, from the outset, irrelevant, it somehow was selling a farce
idea of equality and protection from the nefarious designs of far right in New Dehli to the
gullible masses in Kashmir only to remain close to the power corridors. The PDP
leadership who paved way for BJP to gain foothold in the state and NC leaders who
helped the centre in restarting the sham electoral process in 1996 that had came to a
halt after the eruption of armed struggle in the valley in 1990, were both arrested by the
government of India before passing the reorganization bill in the parliament. The
argument that these political parties had been putting forward to legitimize their base
since long was torn into pieces in a few minutes by the parliament house of India.
Before this, a narrative by some ‘enlightened minds&#39; was spread and the mainstream
camp was referred to as an important stakeholder in the valley without whom any step
towards Kashmir could not be taken singlehandedly by the central government. India on

the one hand has had until now been persistently showcased the camp as the real
representatives of the people and on the other hand never trusted them. The mistrust
between the mainstream camp and New Dehli that has now come to fore more explicitly
is as older as the history of mainstream itself. Since their inception, New Dehli never
trusted them. These are in fact the ones who have been suggesting the centre the ways
to curb the resistance and silence the dissenting population since decades of
India&#39;s horrendous counterinsurgency campaign in the restive Himalayan region. Apart
from taking upon themselves a particular role of acting as Indian deep state’s lackeys,
they have been nourishing the integrationist agenda in the valley. The revocation of
article 370 has in a way lifted the veil upon the whole hidden phenomenon of
successfully keeping the citizens of disputed territory as Indian subjects. The space that
we were told should be exploited to get our issues resolved remains choked with Indian
de facto authoritarian regime bypassing the mainstream camp in the valley. Now the
question that arises here is that what will be the position of these political leaders who
represent India in Kashmir? Are they going to change their rigid positions or are they
still willing to go along with that same old absurdity with which they have been
hoodwinking their followers in Kashmir. Perhaps it will be too early to guess any change
for the recent statements from some big wigs in the camp indicate to the fact that they
are not willing to come out of their delusional concepts.
Now at a time when Kashmir is going through the worst phase of state backed violence,
Kashmiris have to remain careful about any attempt by these political parties to pass off
themselves as some saviors who can actually fight to regain the lost statehood of
Jammu and Kashmir. We cannot rule out the fresh attempts by Indian state to help them

emerge as leaders to convert our legitimate struggle for right to self determination into a
struggle aimed at gaining our lost status or statehood back that, keeping in view the
New Dehlis approach towards the region seems impossible at the moment. The
mainstream has lost, if there was any, relevance forever. Their race to stay relevant to
the greater power games has been a shameless charade so far and people have to
resist their treachery in the strongest possible ways from now.

Karachi is the most populated city of Pakistan and is facing a pollution problem, which …