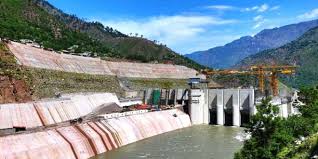 “This is the highest-ever hydel power generation in Pakistan, which became possible mainly due to power generation from Tarbela 4th Extension and Neelum Jhelum Hydropower Projects”, an official statement issued by WAPDA said.

Earlier, the highest-ever generation by WAPDA was 7585 MW, recorded on September 19 last year, it added.

Since installed capacity of WAPDA hydel power stations has risen to 9389 MW with phased completion of its three mega hydropower projects namely the 969 MW-Neelum Jhelum, the 1410 MW-Tarbela 4th Extension, and the 108 MW-Golen Gol, therefore, hydel generation this year is expected to touch new peaks beyond 8000 MW with increased water flows, raised level of water reservoirs and increased water indent by Indus River System Authority (IRSA) in the days to come.

It may be mentioned that WAPDA owns as many as 22 hydel power stations and provides about 31 billion units of hydel electricity on the average annually to the National Grid. The share of hydel generation greatly contributes in lowering the overall electricity tariff for the consumers, as electricity generated through other sources is far costlier than hydel electricity.

Kafalat Programme is a monthly based stipend scheme for LoC people: PM AJK