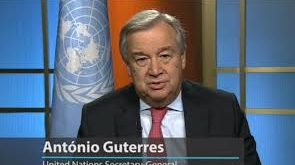 Coronavirus: Largest study suggests elderly and sick are most at risk

The Uighur community living in Pakistan is also called Ex-Chinese Pakistani Community of PAKISTAN, who has ancestral roots in XINJIANG Uighur Autonomous Region of China, so there is no difference if you call Uighur Pakistani community or you call Ex-Chinese Community, both are the references for same community who are actually citizens of PAKISTAN  but are also historically descendants of Chinese XINJIANG based Uighurs migrated families living in PAKISTAN.

In reality the Ex-Chinese Pakistani Community has contributed a lot to build strong people to people relationship between  China and Pakistan and after opening of the Karakuram Highway they become the Practical bridge between two nations because the Ex-Chinese Uighur Pakistani community has full capability to represent both the NATIONS and become an important two way bridge for the People of both sides .

The Ex-Chinese ASSOCIATION practically established in 2007, with the aim to work for the well-being of Xinjiang based Uighur Chinese Pakistani community living in Pakistan almost from last two generations, and the sole purpose to establish the Uighurs representative association was to bring our community under One umbrella to provide the educational facilities to EVERY Uighur community member to make them BETTER contributor for the future well being of their FAMILIES, and also to facilitate the deserving families.

In early days of establishing association, we were struggling  with the financial hurdles to create a better future  for  each and every community members equally. Our weak financial conditions and lack of resources often  put us in a situation where we were not able to provide assistance equally  to all the deserving FAMILIES. So our association made request to Chinese Embassy for education and livelihood assistance. Fortunately, Chinese Embassy has always been supportive to overseas Chinese in the world. Chinese Embassy in Islamabad agreed to help to provide tuition assistance to our Children and donated winter goods, such as rice, oil, blanket,etc to our needed families which is the same when Chinese Embassy provided wheelchairs, medical equipment and other goods to our Pakistani brothers and sisters.

Because of the ethnic affiliation to China and most importantly our ancestral roots in XINJIANG Uighur Autonomous Region of China. As a second generation Uighur Chinese Pakistani living in Pakistan, we are facing huge western propaganda campaign which is usually groundless.  we are experiencing many negatively motivated news about CHINA in which the basic purpose of the story is different from the content they are presenting in the story. And It seems that some foreign forces are in a process to build anti China narrative in every part of the world where western supremacy has been challenged due to strong Chinese presence on equal footings specially after PRESIDENT Xi Jing Ping’s historic initiative of Win Win for all through Belt and Road development.

As per current international scenario, purposely build under influence of western powers insecure attitude towards global supremacy only due to China’s stable advancement towards the center stage of the world, openly reflecting that the world is going through a transitional period  and some forces who are actually the beneficiaries of old system  are assuming China as a  great threat to their historic global supremacy, and trying to rescue their own interest.

Specially in PAKISTAN we are experiencing from last many months that many western attempts noticed which were politically motivated only to prove that CHINA is doing any thing suspicious and nowadays in their visible desperation they are presenting a very negative picture of CHINA and to provide support to their allegations and to create bigger impact on Pakistani nation they are currently taking help from the people living with in Pakistan who don’t have good reputation and in past tried to create many fake stories about CHINA-PAKISTAN STRONG relations, here we are talking about Mr. Umer who is resident of Rawalpindi Pakistan and also part of the Uighur Pakistani COMMUNITY living in Pakistan. Unfortunately Mr. Umer is very badly influenced by the Uighur separatist movement of Rabia Kadeer. He is the Practical liaison of Rabia Kadeer in Pakistan. Even in past, he also tried to establish his office in Afghanistan. During his visit to Afghanistan Umer, in a recorded phone call to turkish based Uighur news channel, he admitted his affiliation with Kadeer. He also admitted that he visited Afghanistan on the advise of Rabia Kadeer to influence the local Uighur Afghan community. This conversation is available in a recorded form in social media page of Turkish Uighur news agency.

But currently Umer crossed all the limits by putting allegations not only on CHINA but also on PAKISTAN by accusing Pakistan as a puppet state and colony of China. He openly accused Beijing and CHINESE EMBASSY in Islamabad by spreading many baseless propaganda stories.  In his recent allegations, he accused Ex-CHINESE ASSOCIATION for collection of data of Uighur Pakistani residents on behalf of the Chinese Embassy. He provided the ASSOCIATION’S internal membership form as his evidence of collection of data.  He further said that CHINA is collecting data for forceful extradition of Ex-Chinese Uighur Pakistani’s  to China. On another hand, Umer and his family always enjoyed the benefits of Ex-Chinese ASSOCIATION as his children receive free EDUCATION from EX CHINESE community school and his FAMILY receives yearly assistance from the ASSOCIATION.

Even these allegations are childish in its nature but as always the western forces are ready to publish these kind of allegations by creating huge headlines and facilitating fake journalist like Zuha Siddiqui (tweeter ID @SiddiquiZuha) to write anti China and Pakistan articles,  sitting thousand miles away from PAKISTAN.

But this time they made very big mistake by following every baseless allegations of Umer, and by publishing it on 20th of June 2019, in buzz feed news with the help of fake journalist like Zuha Siddiqui (tweeter Id @SiddquiZuha)

Now the Ex-CHINESE ASSOCIATION and the whole EX CHINESE Uighur Pakistani community takes this article as a charge sheet against Umer and DEMANDS from the PAKISTANI authorities to investigate the allegations against the activities of Ex-Chinese Association to dismantle all the baseless disinformation propaganda once for all.

We openly and strongly demand that there should be a mechanism to expose the reality of any allegation which comes through western or other baseless propaganda tools against China-Pakistan STRONG relations, and any one who tries to effect this long standing STRONG relations with baseless propaganda tools should be punished severely to discourage the future possible attempts.

We strongly condemn any attempt to slander Chinese Embassy and China, and to undermine China-Pakistan strong relations and reaffirm our commitment to expose the culprits like Umer, who are facilitating anti Pakistan-China forces to destabilize our region. We will not let it go unattended this time.

Note: The write-up has been written in response to the Allegations of Miss Zuha Siddqui  from Buzz Feed News. Author has served as General Secretary of Ex-Chinese Association Rawalpindi – Pakistan. 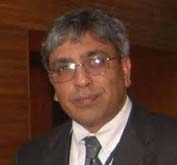 EU should raise issue of rights of Kashmiris in its dialogue with India, says Ali Raza Syed