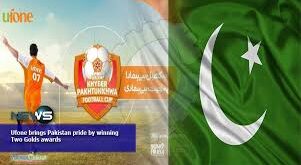 After that, all the guards were locked in a room and lubricants worth millions of rupees were loaded in their vehicles.

The owner of the factory Mr. Abdul Jabbar was informed about the matter by security staff of adjacent factor who rushed to the spot where police failed to justify the raid or produce any search warrant or document.

The former minister noted that police was beating about the bush by putting blame on Counter Terrorism Department and Additional IG Hyderabad.

Later the mill owner contacted the DIG who directed the police to leave the premises but they were reluctant to give lubricants back.

The police also blamed that the factory was producing substandard and fake oil which was another illegal act as the factory is licensed by OGRA, SEPA, SECP, and HDIP paying all the taxes and member of HCCI.

Moreover, the authority of a raid rests with ORGA and not police and if there was any illegal activity then the police should have made it part of the record.

He asked the IGP to take note of the incident, investigate the issue, purge department of black sheep and direct the subordinate staff to stop robbing businessmen of good repute.