ISLAMABAD:(Parliament Times) Special Assistant to the Prime Minister on Information and Broadcasting Dr Firdous Ashiq Awan on Wednesday said the government does not face any threat from the opposition.
Taking to Twitter, Awan said, “The APC film has been taken offscreen before it could even be screened. The leadership of prisoners calls Maulana Fazl calls every time and then takes away his chair. We have sympathy with Maulana Fazl because the weak shoulders of the opposition are not ready to bear the burden of him.”
“The government does not face any threats from the opposition.
The Opposition is afraid of the opposition. The result of this ploy by Maulana Fazl will not be any different than that his election adventure,” she added.Awan added, “Maulana Fazl should devote his next four years to religion after the failure of APC.”The All Parties Conference (APC) lead Jamiat Ulema-e-Islam F leader Maulana Fazl-ur-Rehman will be held in Islamabad today.According to sources, a 10-member delegation of Pakistan Muslim League-Nawaz (PML-N) will attend the session, under party leaders Shehbaz Sharif and Maryam Nawaz. PML-N leaders Shahid Khaqan Abbasi, Ahsan Iqbal and heads of provincial factions will also be a part of the delegation to attend the APC session.Sources further said, from Khyber Pakhtunkhwa Ameer Muqan, Rana Sanaullah from Punjab, Abdul Qadir Baloch from Balochistan and Shah Mohammad Shah from Sindh will attend the APC.
While the Pakistan People’s Party has announced a five-member delegation for the meeting, however, whether party Chairman Bilawal Bhutto is to attend the session or not will be decided in the party’s parliamentary leaders’ meeting today.
Maulana Fazl has also extended invitation to Hasil Bizenjo, Sardar Akhtar Mengal, Mahmood Achakzai, Asfandyar Wali and Aftab Sherpao.
Muttahida Majlis-e-Amal leaders Sajid Naqvi, Sajid Mir, Shah Owais Noorani have also been invited.
Share
Previous Meena Bazar was organized at Government School in Rawalakot.
Next 2 terrorists allegedly involved in killing of policemen apprehended 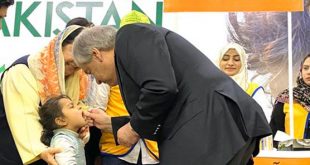