May 15, 2019 Business Comments Off on FPCCI and UBG welcome Tax Amnesty Scheme 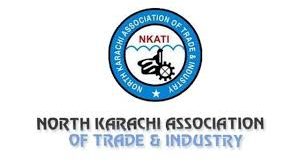 LAHORE :   Federation of Pakistan Chambers of Commerce
and Industry (FPCCI) and United Business Group (UBG) Wednesday
unanimously highly welcomed tax-amnesty scheme announced by Prime Minister
Imran Khan and termed it a very positive step of the government to bring
tax evaders under tax net by exposing their undocumented and undeclared
properties and wealth within country and abroad.

Daroo Khan said new tax amnesty scheme was a right step taken by the
government to bring tax evaders under tax net besides enhancing the
country’s revenue base.He said increasing tax base and revenue generation
was imperative for provision of better economic and social services to
people.

He further said Pakistan needed such type of amnesty scheme because people
transferred their money abroad due to terrorism and poor law and order
situation in the past. “The law and order situation is now fully restored
in the country and people can bring their money back by taking full
advantage of the new scheme,” he added. He said that all must avail this
gold opportunity and whiten their wealth and hidden properties through
legal process and contributes towards national economy.

While appreciating this amnesty scheme, Iftikhar Ali Malik said the entire
business community including FPCCI and UBG, all its affiliated chambers,
trade bodies and associations welcomed this amnesty scheme and extended
full support to Prime Minister Imran Khan for broadening tax base across
the country to help strengthen the bleak economy on sound footings; thus,
lessening the burden on existing taxpayers.