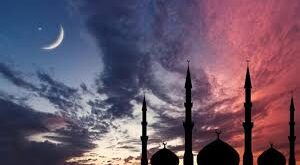 MUZAFFARABAD:  (Parliament Times)       The two-day Kashmir festival, organized by Kashmir Cultural Academy and media sniffer to mark the spring in the State continues at Airport on Sunday.

The participants took special interest in Kashmiri culture and tradition. It was attended by renowned artists from AJK and Pakistan. Demonstrations of “Gatka Bazi, paragliding and motorglinding” were witnessed by a large number of people. AJK departments have set up their stalls in the festival.

Director General Kashmir Cultural Academy Shafquat Ali Chaudhry told media that in the history of Azad Kashmir no such grand festival was held before. Tourists from Pakistan visiting Muzaffarabad also witnessed the festival with profound interest, he added. He said on the directives of Prime Minister Raja Farooq Haider Khan such festivals would be held in other districts of the state.