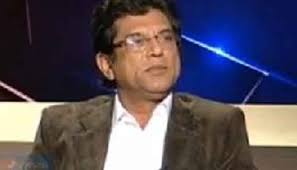 Islamabad: Director militant intelligence agency Peshawar and former state member CDA brigadier Retd Asad Munir has committed suicide after hanging himself with ceiling fan.
Executive board of NAB had filed a reference against Brigadier Retd Asad Munir in allegation of restoring plot in Islamabad sector F-11 in his name through misuse of authority on Thursday.
Munir became worried after watching a press release aired on the TV in this regard.
He also informed his family including his wife, daughter and son-in-law of the matter and asked them why NAB is not sparing him in chasing.
He said now once again NAB has launched a new inquiry against him.
Asad Munir was worried due to this matter and committed suicide.
On Friday morning when his wife saw him hanging with a ceiling fan she informed the police.
Police reached the scene and shifted the dead into nearby PIMS for medico-legal formalities.
Asad Munir also wrote a letter to Chief Justice of Pakistan before committing suicide at which he informed the CJP about his stance and also told him about his assets.
Asad Munir also informed the CJP about the details of the case.
He prayed CJP that he is leaving this world but if he is proved innocent after probe then he must be cleared.
He said that there is urgent need to introduce reforms in the NAB too because this institution is defaming and harassing the people, therefore it is better to leave this world instead of airing my parade on the media.