Honest police officer returns over Rs 0.6 million to its owner 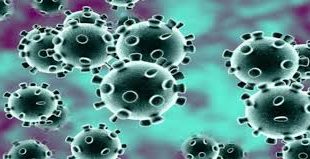 ZHOB: In an exemplary show of honesty, a police officer who found over Rs 0.6 million returned to its real owner in Zhob district of Balochistan province..
The incident took place on Friday, when a contractor Anwer Shah Mandokhail, was on way home with over six lack rupees. But when he reached home the cash he was carrying in his pocket was fallen off on the way. The news went viral on social media with contact with Shah’s contact number. The Police Assistant Sub-Inspector (ASI) in Tele Communication Rehmatullah Mehsud contacted him to get the lost amount.
“I was coming down the street after paying Maghrib prayer in Sunehri mosque, and found the money laying in the street near DPO office,” adding when I heard the news on social media and found the number of owner, I contacted him to get his lost money. Mehsud added.
The lucky owner told correspondent Rafiullah Mandokhail that he is associated with the construction filed.
“I was on my way home but lost my six lack and forty thousand rupees. I was very upset; in the meantime Rehmatullah Mehsud called me that he has found the money.” Shah said, he was very glad to hear that someone has found his lost money. Mehsud handed over the money to Mandokhail in the presence of Molvi Nadir Shah – Khateeb Sheikhan masque.
Meanwhile, DIG Police Zhob Region Nisar Ahmed Khan awarded the honest police officer with cash reward and commendation certificate.
“It is an example of honesty to follow rest of the police officials in the department,” adding the police uniform was a symbol of the state. Obligation of the force was to ensure citizens’ life and property protected and the police top priority should be public service and maintain the prestige of the uniform, the DIG advised.