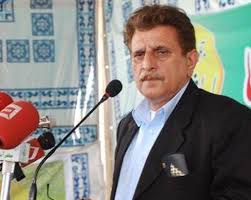 KARACHI: (Parliament Times) Pakistan is an important country in South Asia whose power has maintained the balance of power in the region.
“Prime Minister of Azad State of Jammu and Kashmir made these remarks while talking to media during his participation in Ideas 2018 Defense Exhibition here on Wednesday.
“Pakistan armed forces are one of the best forces in the world that conquered the war against terrorism in the country. I want to pay tributes to the armed forces for rooting out terrorism and successfully defending the ideological and geographical frontiers of the country” he said.
He said international community should also acknowledge the sacrifices of armed forces in their war against terrorism.
Strong defense capability of the country is warrantee of peace in the region and keeps the balance of power in the volatile region of South Asia, he added.
The Premier observed that the exhibition weapons is solely for the defense purpose and added that there is great demand of Pakistan’s defense stuff in the world.
PM Haider viewed the stalls of different countries in the exhibition. He said Pakistan is a peace loving country whose weapons are all for defense purpose.
He believed that the disputes of the region could only be resolved through dialogue and not war. He said in unequivocal terms that if India wants peace in the region she would have to engage in serious talk with Pakistan on Kashmir conflict. Participation of Kashmir leadership should be prerequisite in any such dialogues, he maintained. He was of the view that result oriented dialogue between India and Pakistan would have good impact on the entire South Asian region.
Earlier when the Prime Minister arrived in the exhibition he was welcomed by high level military officials