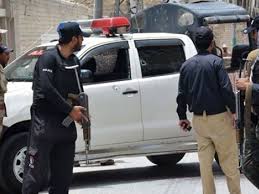 Quetta: Four children got critically injured in the firing by unidentified armed person at the gate of private school in Quetta on Wednesday.
In Killi Shabo area of Quetta unidentified armed motorcyclists opened fire at the gate of private school on Wednesday due to which 3 boys and a girl got critically injured after having been hit by bullet on legs. The injured were shifted to the Quetta Civil Hospital for medical assistance.
According to the Doctors, the injured students are aged 8 to 12 years and their condition is stated to be out of danger now.
Police got the CCTV footage of nearby cameras and started investigations.

CPDI launches report on state of budget transparency in Pakistan

Appropriate utilization of province’s financial resources to be ensured at all cost: CM Baluchistan

Arrangements to release Ehsaas Kafaalat tranche of July-Dec being finalized