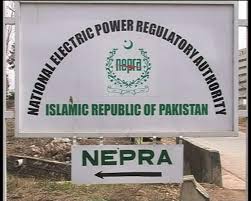 ISLAMABAD: (Parliament Times) NEPRA has imposed a fine of Rs.4 Million on IESCO. This penalty has been imposed on IESCO for non-compliance of performance standards, particularly failure to maintain prescribed voltage levels, manipulating data regarding number of interruptions, duration of interruptions and number of complaints and failure to provide electricity connections within prescribed time.
2. In 2017, NEPRA team visited IESCO to assess performance and verify the data submitted in Annual Performance Report of IESCO for the FY 2016-17 and also conducted survey of consumers. The team submitted a comprehensive report highlighting poor performance of IESCO with respect to different performance key indicators as prescribed under NEPRA Laws.
3. Based on the findings of the report, the Authority decided to initiate legal proceedings. After due legal course of action and providing ample opportunities of hearing, the Authority passed the final order on 18-10-2018.
4. The Authority has observed prolonged un-scheduled electricity outages for more than fourteen hours in different areas of IESCO during May & June, 2017. Transmission system constraint was the major reason for unscheduled power cuts, leading to voltage fluctuations. The voltages being received by the consumers in some areas were even below 180V, causing damage to home appliances.
5. Further, despite payments being made, IESCO is not providing electricity connections which are pending since last six months and IESCO has failed to give any satisfactory justification in this regard. The Authority also observed with concerns that IESCO manipulated data in its performance report for year 2016-17, and that there is no proper mechanism for maintaining database particularly with respect to power supply interruptions and number of complaints.
6. Keeping in view the non-compliance by IESCO with respective Performance Standards, the Authority has imposed a fine of Rs. 4 Million on IESCO under NEPRA Fine Rules.