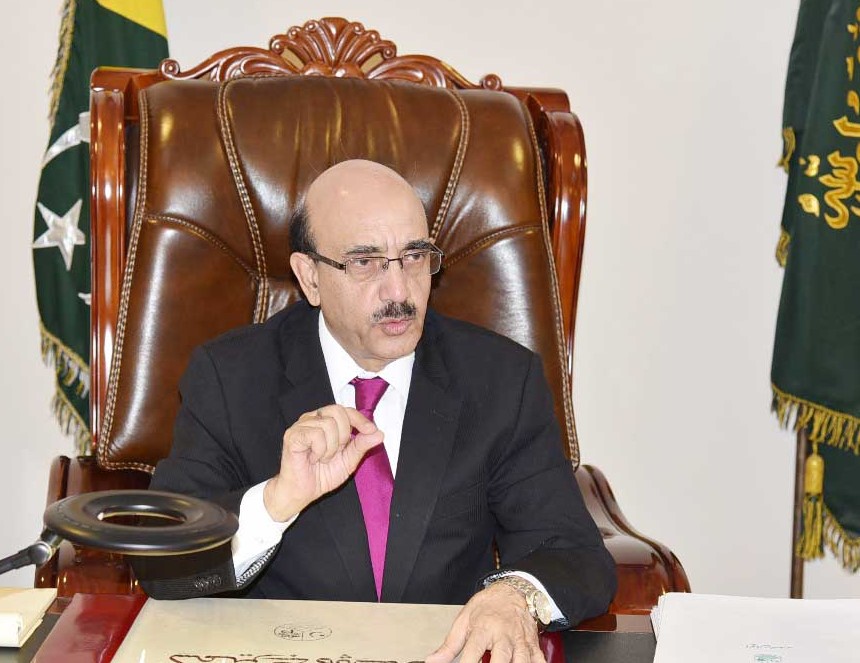 Islamabad: (Parliament Times) President Azad Jammu and Kashmir, Sardar Masood Khan in a statement issued here on Monday, strongly denounced the barbaric and appalling murder of a pregnant woman in Pulwama and the recent killings of 10 Kashmiri youth in Kulgam districts of Indian Occupied Kashmir.
The President said that Indian occupation forces are openly committing war crimes by killing young Kashmiris and that too with absolute immunity from prosecution. He said that the brutal onslaught has gone unnoticed by the international community and human rights organizations.
President Masood Khan while paying rich tribute to the martyrs, said that the blood of the people of Kashmir will not go in vain. He said that Kashmiris are being punished for demanding their inalienable right to self-determination which has been promised to them under United Nations Security Resolutions.
The President praised the commitment and resolute stand of the Kashmiri people in the face of the ruthless Indian occupation forces who have brought life to a complete standstill in Jammu and Kashmir. Jammu and Kashmir, he said, has been transformed into a concentration camp where the freedom loving people of Kashmir are being mercilessly killed with impunity.
President AJK said that the Indian government should open its eyes and acknowledge the demands of the Kashmiri people, who are determined to settle for nothing less than freedom from occupation. The political will of the people, he said, must be respected and violation od gross human rights must stop henceforth.
President Khan in his statement demanded the immediate release of the political leadership and the thousands of protestors languishing in Indian jails who have been denied any legal representation.
He demanded that the United Nations Secretary General Antonio Guterres, the Security Council and the human rights organizations all over the world take stock of the flagrant human rights violations taking place all over IOK.

K-dispute all about Kashmiris’ right to self-determination: PM AJK

No progress in Intra-Afghan talks

K-dispute all about Kashmiris’ right to self-determination: PM AJK