PPP destroyed all institutions including Radio Pakistan by filling its own cronies: Fawad 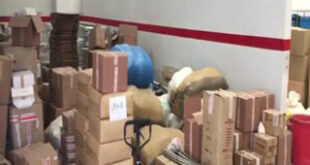 ISLAMABAD: Minister for Information and Broadcasting Chaudhry Fawad Hussain has said PPP has destroyed all institutions including Radio Pakistan by filling its own cronies.
He said this in a tweet in response to a calling attention notice submitted by five PPP members including Nafisa Shah in the National Assembly Secretariat.
The Minister said PPP leader Syed Khursheed Shah had filled eight hundred people in three days costing additional burden of seventy million rupees to Radio Pakistan.
He said at present, the government is spending five billion rupees on PBC every year due to visionless policies of the PPP.
Responding to the Information Minister’s tweet, PPP leader Dr Nafeesa Shah tweeted that Chaudhry Fawad Hussain has leveled baseless and false allegations against former opposition leader, which may lead to a privilege motion against him.