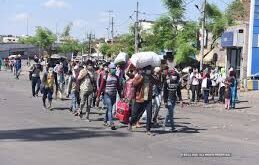 Pakistan and India had agreed in principle to restore cease¬fire on the Line of Control (LoC) as well as the Working Boundary (WB) where intermittent and sporadic ceasefire violations and border skirmishes between the two armies have left 100s dead on both sides during the past couple of years.

The agreement to this effect was reached during a hotline conversation between the Director Generals of Military Operations of Pakistani and Indian armies. The conversation between Maj Gen Sahir Shamshad Mirza and Lt Gen Anil Chauhan was held on a Pakistani initiative. “Both DGs MO agreed to fully implement the ceasefire understanding of 2003 in letter and spirit forthwith and to ensure that henceforth the ceasefire will not be violated by both sides,” the statements issued by both sides said.

Both director generals further agreed that “in case of any issue, restraint will be exercised and the matter will be resolved through utilisation of existing mechanisms of hotline contacts and border flag meetings at local commander’s level.

The DGMO’s reiteration of upholding the truce agreement is a welcome step. The accord, if held in letter and spirit, will hopefully go a long way to forge the much needed atmosphere of trust and confidence between the two countries besides ceasing the reckless bloodshed of innocent civilians on working boundary and across the Line of Control (LoC), the dividing mark between AJK and Indian occupied territory of Jammu and Kashmir. It is also heartening to note that the both sides agreed to maintain complete restraint and address issue through existing mechanisms.