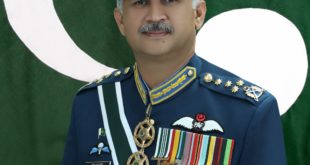 Wajid Zia has been summoned on the request of NAB. It was requested by the court that original record is must for recording 2 foreign witnesses through video link. Therefore, JIT head be summoned along with original record of JIT report on next hearing.

The court while summoning Wajid Zia along with record on February 22 has also directed former Prime Minister (PM) Nawaz Sharif, his daughter Maryam Nawaz and son in law Capt ( Retd) Safar to ensure their presence in court on aforementioned date. They are nominated in NAB references.

NAB had filed a supplementary reference related to Avenfield properties against 5 members of Sharif family including Nawaz Sharif on January 22. As many as 2 foreign witnesses have been included from the side of prosecution. These witnesses are Robert Red W Redley and Akhtar Raja and their statements will be recorded through video link on next hearing.

NAB in the light of Supreme Court July 28, 2017 decision in Panama case had filed 3 references against Sharif family in Accountability Court. These cases pertained to Avenfield Properties, Alazizia Steel Mills and Flagship Investment.