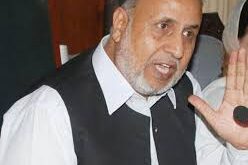 ATTOCK: A Patwari of Revenue Department Attock has been booked for allegedly tempering revenue record and transferring land worth million of rupees through fake documents.

According to details Sardar Sameer Khan R/o Attock informed ACE (Anti Corruption Establishment) that he possesses 25-kanal land in the jurisdiction of Attock City worth millions of rupees. Patwari Habib and other tempered the revenue record and transferred 25 kanal of land to other persons. He alleged that Patwari Habib along with his accomplices tempered the record and transferred his costly property in the name of others after receiving a hefty amount as bribe.

Khan said that he had filed complaints against the Patwari in the office of Deputy Commissioner Attock and Additional Deputy Commissioner also. He has alleged that Patwari Habib had been performing duties in this area for the last 15 years and had been involved in tempering record and its ample proof was that many FIRs were registered against him and remained suspended in 2014 on similar allegations.

He further informed ACE that Habib Patwari taken away important record from the revenue office. ACE Taking action on the complaint of Sardar Sameer Khan, has registered an FIR (containing five pages) under the act 467/468/420 /471 and 419 and is on the hunt to attest Patwari Habib and their other accomplices who have gone underground.