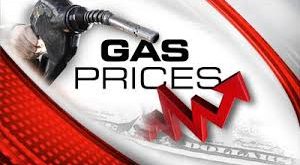 Taking strong exception to continuous violation of the Pakistanâ€™s territorial integrity by the Americans whoseâ€™ drone strikes go on in our tribal belt unabated, the Chief of the Army Staff General Qamar Javed Bajwa said unilateral actions like drone strikes were highly counter- productive and against spirit of ongoing cooperation and intelligence sharing being diligently undertaken by Pakistan. He observed the same was also bearing negative impact on the ongoing war on terror. According to report, The Chief of Army staff declared that Pakistan considers Afghanistan as a brotherly neighbour and â€œterrorists are our common enemyâ€. He, however, said the threat required a trust based coordinated response rather than blame game or unwarranted skirmishes. The army chief reiterated his desire for the early mainstreaming of the FATA through reforms. General Bajwa said our brave tribal brothers, through their support, cooperation and resolve, have enabled its security forces to succeed during the operations and now it is time for them to live a fear free and quality social life as citizens of Pakistan. He said that Pakistan Army shall continue its efforts to consolidate gains achieved thus far and stated that army stands with all other institutions to get Pakistan rid of menaces retarding its progress and prosperity. At the Corps Headquarters Peshawar, General Qamar Javed Bajwa was given detailed briefing on situation along Pak-Afghan border, ongoing and future operations, progress on development works as well as the return of TDPs to their homes. He added that â€œOur focus now is to transform our operational achievements in FATA into enduring peace and stability for which early mainstreaming of FATA through reforms is essential and Pakistan Army fully supports all efforts towards that endâ€. The history of drone strikes shows that these were not remained useful for curbing terrorism as large numbers of innocent people suffer their physical and financial loss due to these strikes. United States once again launched drone strike inside Pakistan and violated the sovereignty of the country. The most important statement that the Army Chief made during the visit of Corps Headquarter Peshawar was regarding drone strikes, which have resumed after assumption of power by the new US administration. He has rightly pointed out that such strikes were counter-productive and against the spirit of ongoing cooperation and intelligence sharing being undertaken by Pakistan. Given the fact that Pakistan has achieved remarkable successes in its operation against terrorists and extremists, the United States should share intelligence with Pakistan. Pakistan has taken action against terrorists indiscriminately and proven its sincerity and commitment to fight terror and therefore, there was no justification to violate the countryâ€™s sovereignty. United efforts for eliminating terrorism and should respect sovereignty of the country. Such steps would not be helpful for bringing peace and stability in the region. The terrorism has become common threat and without cooperation efforts to combat this menace cannot be succeeded.

Share
Previous The enemy within
Next Sharif family sets new precedent by appearing before JIT: Zehri