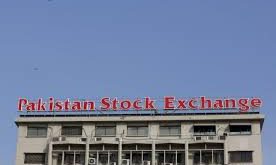 Sources told Dawn that the cost of these schemes being initiated on political grounds would ultimately be charged to the consumers as a return on asset base of the gas company through its annual revenue requirement.

The company has already filed a request before the regulator as a supplementary case under section 13 of the Ogra Ordinance which has conducted a closed door hearing on the matter for grant of an additional amount of Rs10 billion last week. An official said the original request was for Rs5bn additional funds that was doubled to Rs10bn at the last moment to accommodate greater number of schemes.

â€œThe budget approved for new schemes has been exhausted whereas the Honourable Parliamentarians are pressing hard for initiation of work on the approved schemes immediately,â€ according to a communication to Ogra. On top of that, the company also pleaded that â€œkeeping in view the urgent nature of the issue, immediate relief may be allowed on said matterâ€¦enabling the petitioner to sanction the approved budget and implement socio-economic agenda of the GOPâ€.

â€œThe company is under severe financial and political pressure,â€ said a senior official at the ministry of petroleum and natural resources. He said the government was not allowing increase in gas tariff and yet seeking increased expenditures on new gas schemes â€” both on political grounds.

The SNGPL has filed the review petition under section 13 of the Ogra Ordinance. The SNGPL reported to Ogra that Rs12bn had been sanctioned for laying about 5,200km of main supply lines and network expansion and Rs24bn was yet to be sanctioned for remaining 8,000km of network expansion. The remaining funds have to be provided before the fiscal year ends on June 30, 2017. The company had requested the board of directors of the SNGPL for the schemes during the remaining period of the current fiscal year. The board in its meeting on May 26 approved Rs5bn and subsequently increased it to Rs10bn early this month under â€œWork under GOP Directivesâ€.

On boardâ€™s approval, the SNGPL has asked Ogra to approve the funds. An official explained that section 13 of the Ogra Ordinance was being over-stretched for political reasons as Ogra had already determined revenue requirements of the gas utility more than six months ago and the government had not allowed passing on its impact to the consumers.

Section 13 said Ogra may review or change any decision or rehear an application in the event of change of circumstances or the discovery of evidence which in its opinion could not have been discovered at the time of the original decision could have materially altered the decision.

Under the practice in vogue, the prime minister secretariat approves gas connections for new localities on the recommendations of the parliamentarians and also provide funds out of the Public Sector DeveÂ­lopment Programme (PSDP) through prime ministerâ€™s discretionary block allocations.

This is on top of two separate tariff petitions filed by the SNGPL and Sui Southern Gas Company Limited for at least 20 per cent increase in gas tariff for the fiscal year 2017-18. The SNGPL has sought Rs96.38 per million British Thermal Unit (MMBTU) increase in its gas tariff to Rs577 per unit and Rs66 per unit increase for LNG rates. It has claimed 9pc losses in tariff.

Separately, the SSGCL has demanded Rs115 per unit increase in its natural gas tariff for the fiscal year 2017-18 and demanded that 11pc system losses should be built in the tariff for recovery from consumers instead of its previous rate of 7pc losses.