Crude prices dipped later in post-settlement trade after data from the American Petroleum Institute showed an unexpected build in crude and distillate products inventories. Forecasters had expected another draw in US crude stocks.

The market will watch to see whether the build reported by the API is confirmed by official US Energy Information Administration data due at 10:30 AM EDT on Wednesday.

API said US crude oil inventories rose 882,000 barrels for the week ended May 12, contrary to analyst forecasts in a Reuters poll for a fall of 2.4 million barrels. Distillate stocks grew 1.8 million barrels; analysts had expected a decline of 1.1 million barrels.

Prices have rebounded about 10 percent since hitting five-month lows 11 days ago. Members of the Organization of the Petroleum Exporting Countries (OPEC) have stated their intentions to keep supply cuts going through next year. The market has grown skeptical, as inventories have been drawing down slowly even after OPEC and several big non-OPEC producers agreed at the end of November to cut production 1.8 million barrels a day in the first half of 2017.

Officials in Kuwait, Iraq, Iran, and Venezuela voiced support for extending the crude output cut. The meeting to decide on the output cut extension has been set for May 25.

“Be careful what you ask for. If you do get prices in the mid-to-upper $50s all that’s going to do is encourage a lot of production in the US,” said Nauman Barakat, head of the energy desk at ADM Investor Services in New York.

The International Energy Agency said the global oil market is rebalancing and the pace is picking up, even if inventories do not yet reflect the impact of OPEC supply cuts.

Goldman Sachs said output would increase from OPEC members that were exempt from the cuts. Also, US oil production is up more than 10 percent since mid-2016.. 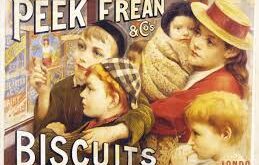