Sarwar suggests opposition to fight Corona first and then do politics 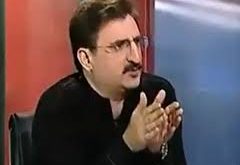 QUETTA: At least ten people were killed and two others injured as unidentified gunmen opened indiscriminate fire at labourers working in Gwadar, Balochistan.
Initial reports reveal those killed were labourers working on a construction site. The deceased and injured have been shifted to a nearby hospital.â€œTen labourers working on Peshukan Ganz road came under attack, as a result of which eight of them were killed, while two others sustained injuries. The victims belong to Noushero Feroz, Sindh,â€ said Deputy Commissioner Gwadar Naeem Bazai.Ganz is desolate coastal village on the Makran coast, 50 kilometers from Gwadar.The official added that another labourer working on a boundary wall nearby was also shot dead, raising the death toll to nine. No group has claimed responsibility for the attack thus far.Taking notice of the incident, Balochistan Chief Minister Nawab Sanaullah Zehri has expressed grief over the loss of innocent lives.Prime Minister Nawaz Sharif has directed the authorities concerned to track down and arrest the attackers as soon as possible and take necessary steps for maintaining peace in the region.â€œWe will ensure all necessary measures to fully realise our dream of a developed and prosperous Balochistan,â€ the prime minister was quoted as saying in a PM House statement.