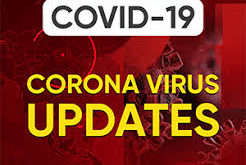 Number of COVID-19 suspects tested positive in AJK rises to 9;

Senior Superintendent of Police Mirpur Raja Irfan Salim told this Correspondent here on Saturday that a special police team, led by city Inspector Muhammad Naseer, was tasked to net the accused involved in the lifting motorcycles from various parts of Mirpur city and the areas in its outskirts.

The district police chief continued that the police team achieved the task after round-the-clock drive to net the accused from various parts of the city recovering the stolen bikes worth over Rs. 3.75 lakh, he added.

The City police have started further probe after registering case against the arrested accused and their absconded accomplices.

UNHCR commends Govt. of Pakistan for including Afghan refugees in national COVID-19 surveillance